The 2015 Graduate Interns aboard the R/V Endeavor 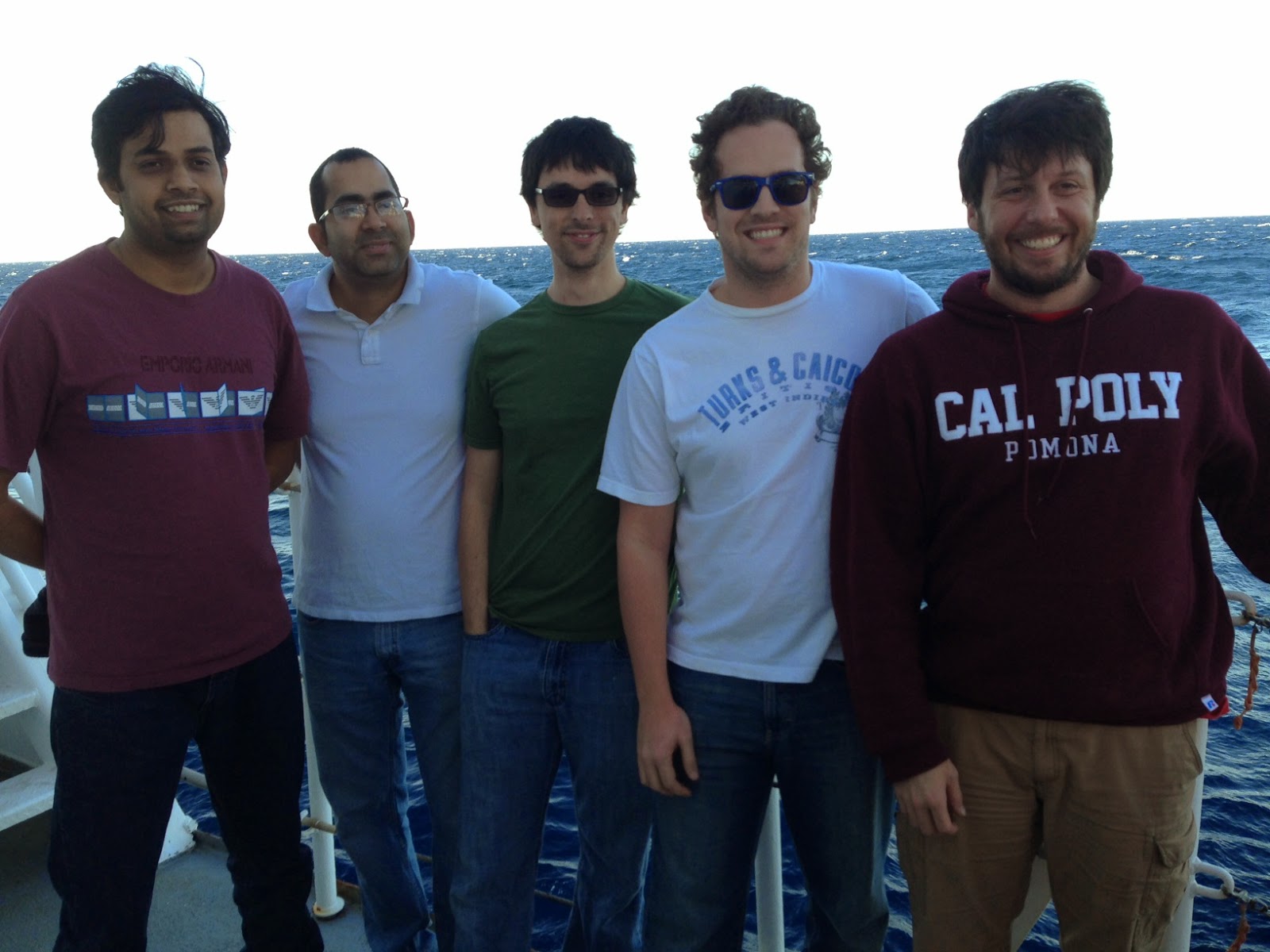 
After days of rough seas we all managed to gather up on the deck to take a group photo. The five of us are proud to be on the Research Vessel Endeavor and to finally have our sea legs. The Endeavor works around the clock out at sea and we worked in pairs on the following shift schedule, 0800-1600. 1600-2400, and 2400-0800. Each group had a PI in charge of their shift. The WHOI team was primarily in control of the extraction of the OBS in the rough seas due to the danger on deck and the sensitivity of the equipment. 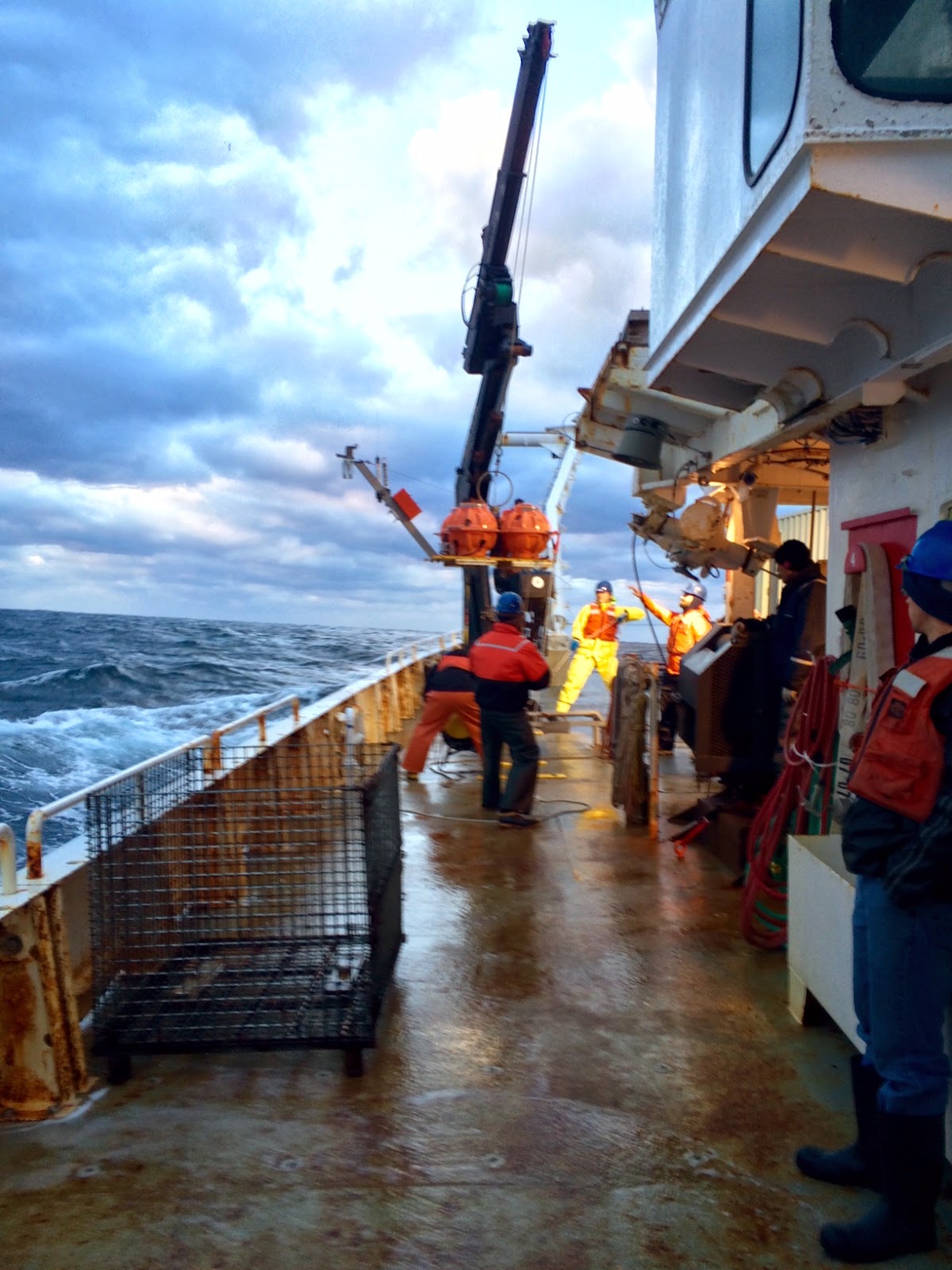 The WHOI crew capturing an OBS in rough seas just prior to sunset.