This 20 second video clip show just how dangerous life at sea can be! As the Endeavor rolls from one side to the next there is little to no warning as waves crash up and over onto the deck. Thankfully I was able to escape up the stairs to a somewhat dryer deck where the mist from the cresting waves and the wind were the only things able to assault my senses. The dangers out in the open on the ship at night are only multiplied by these variables.

Since the ship travels at ~10 kts between each OBS waypoint which can produce transit times as long as 12 hours and the weather isn't alway dreary the interns have a fair share of free time on the ship to explore around and lounge about. 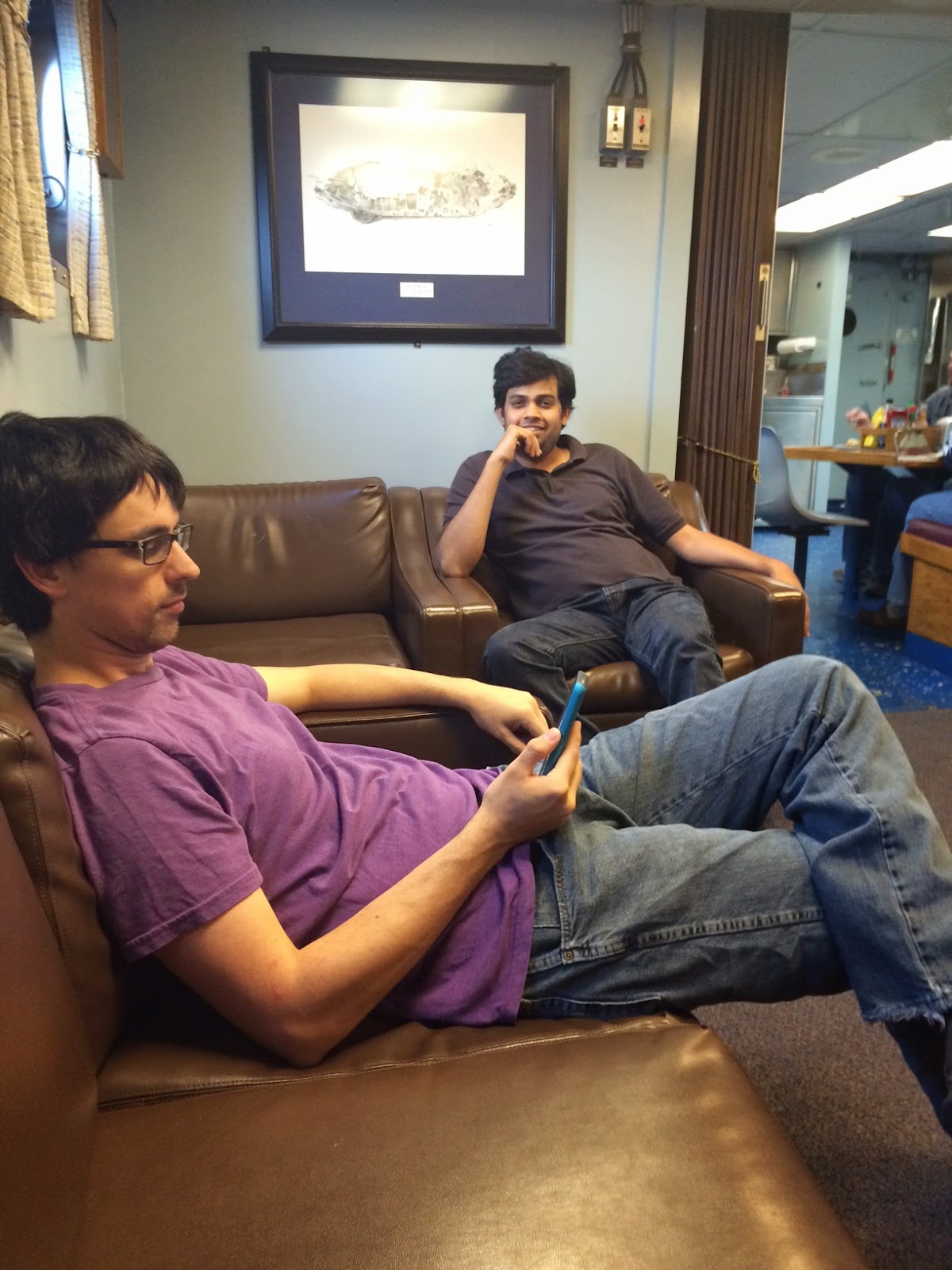 Checking to see if the internet wants to semi-work. I think Sampath knows he is in this picture. 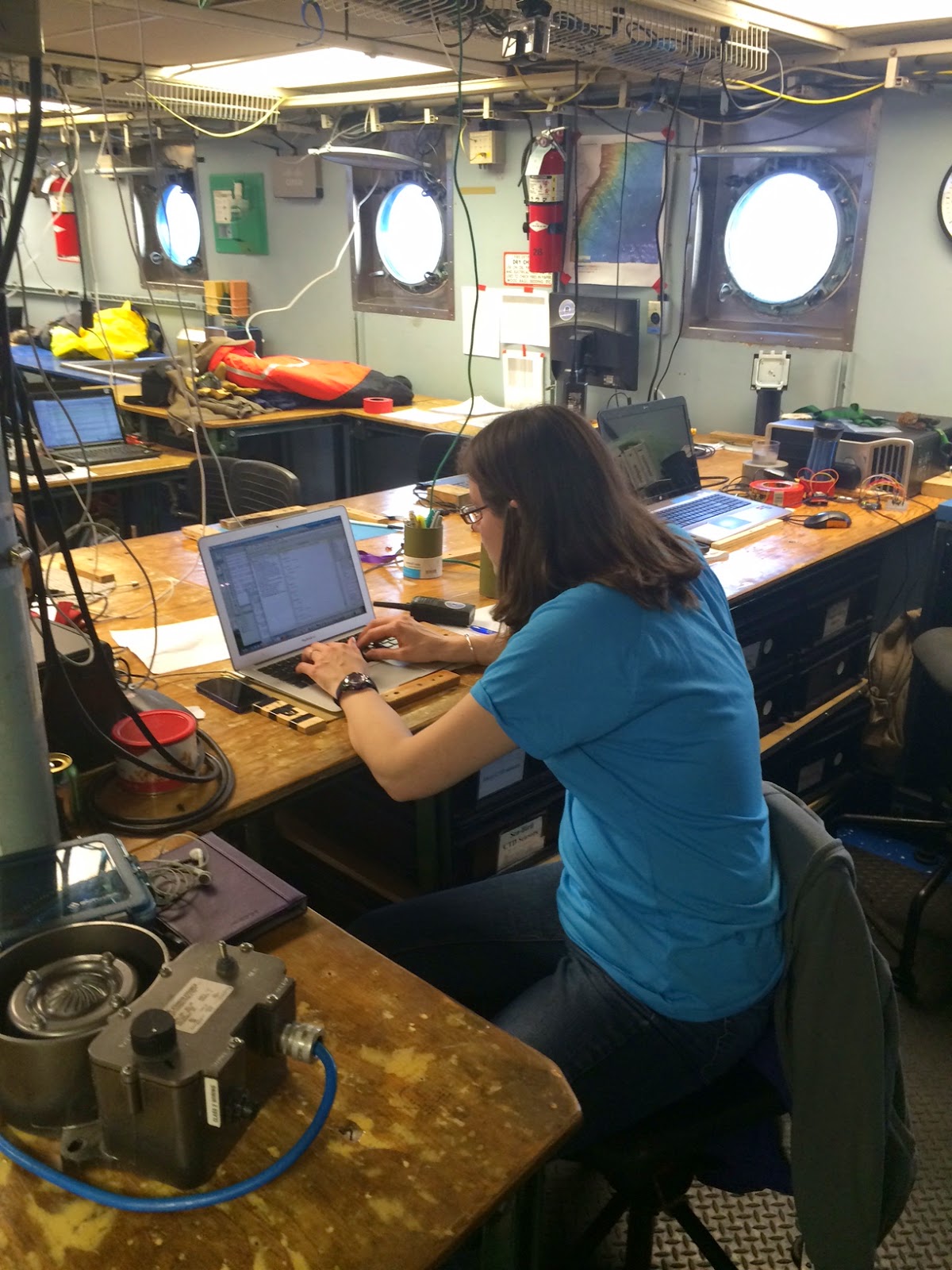 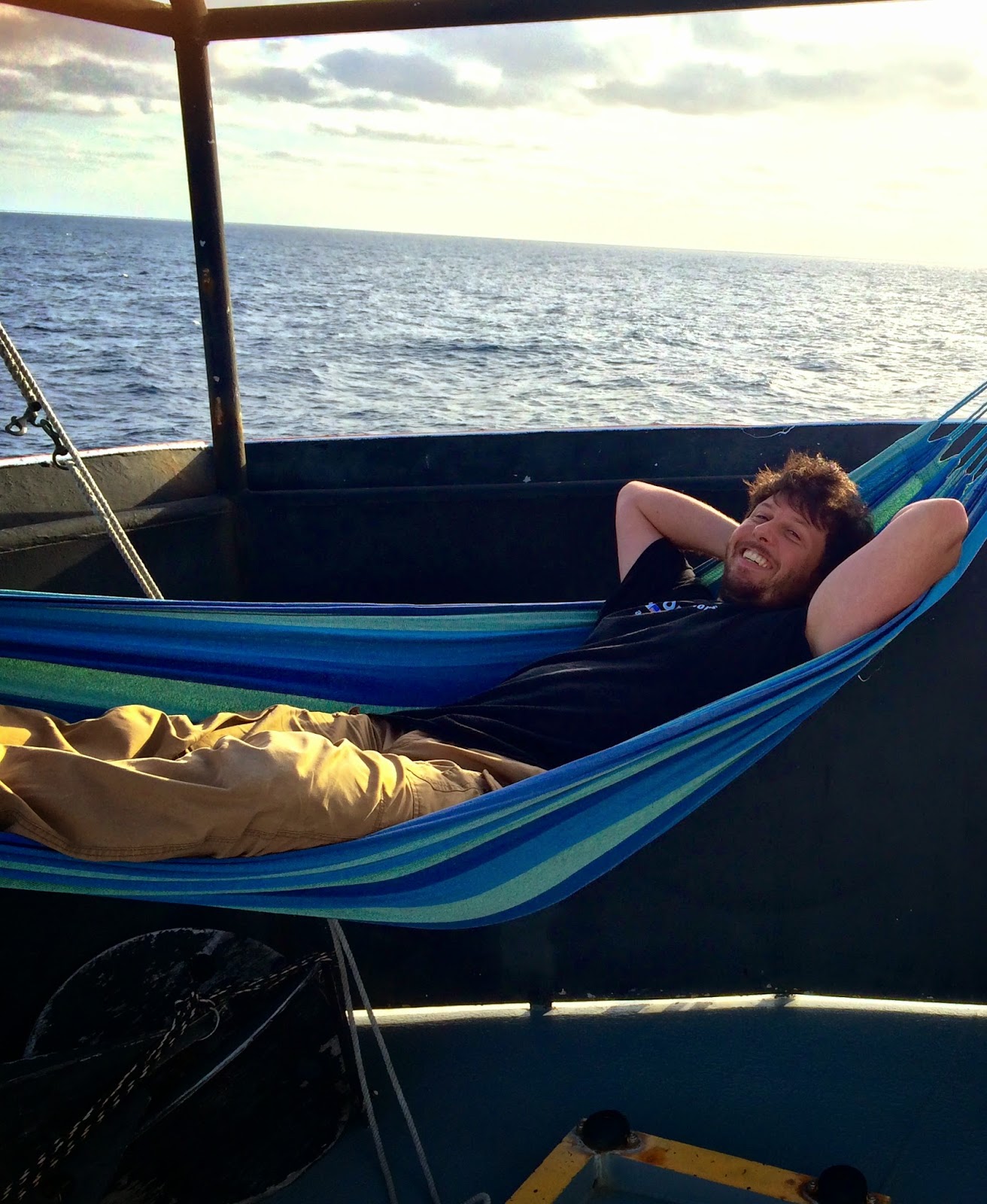 (Terry- I found two hammocks up on top of the ship perfect for some afternoon chill time haha. It also serves as a perfect vantage point when trying to find the OBS's when they reach the surface because the wave height and reflection of the sun off the water make it difficult to spot at times.)