A unique low light vantage point of the Endeavor 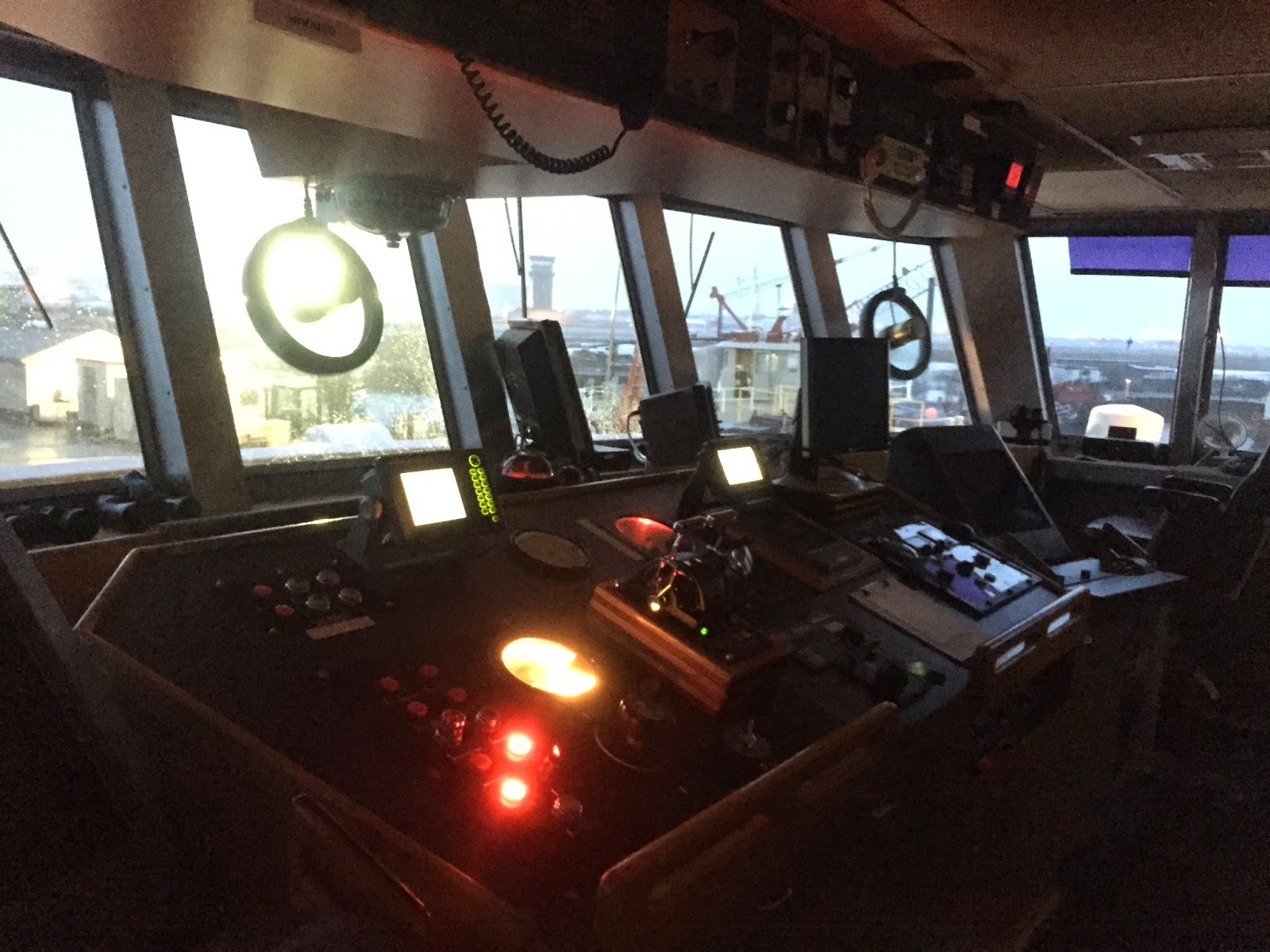 A look at all the instrumentation on the bridge of the R/V Endeavor. 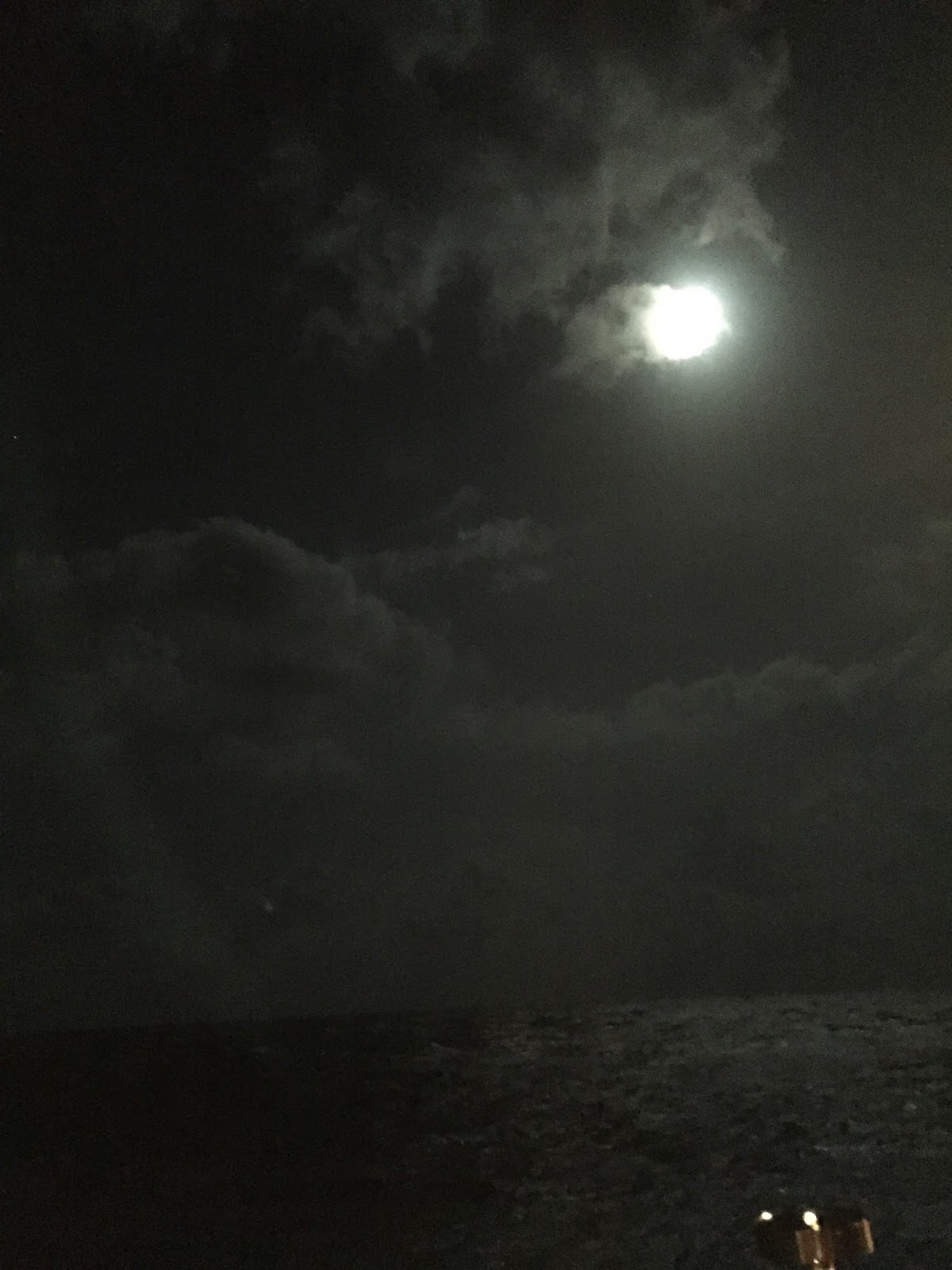 The full moon as it shines over the ocean water! Creepy! 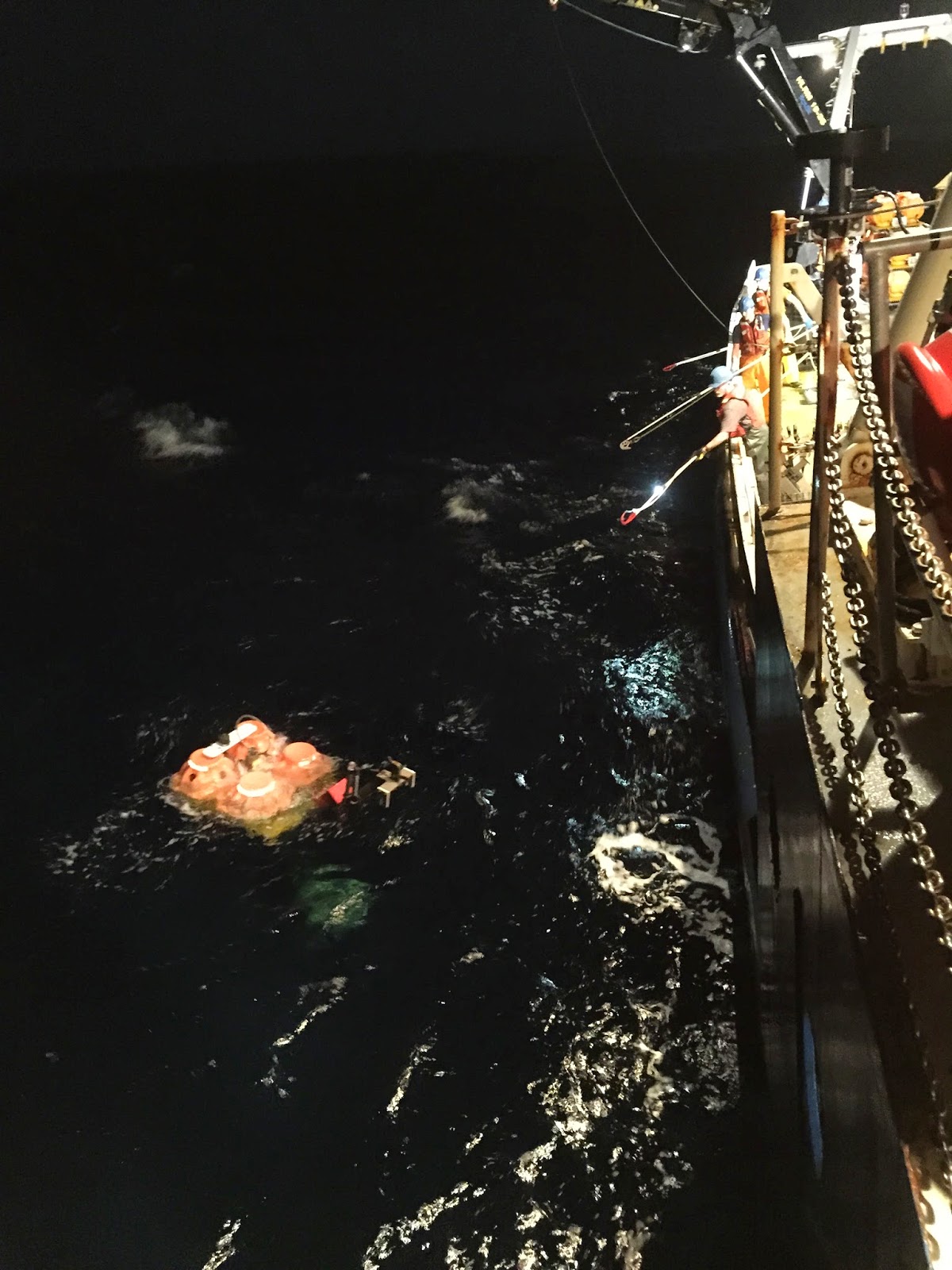 The OBS retrieval at night! One of the crew members installed a light at the end of the hook to aid in the equipment capturing process. 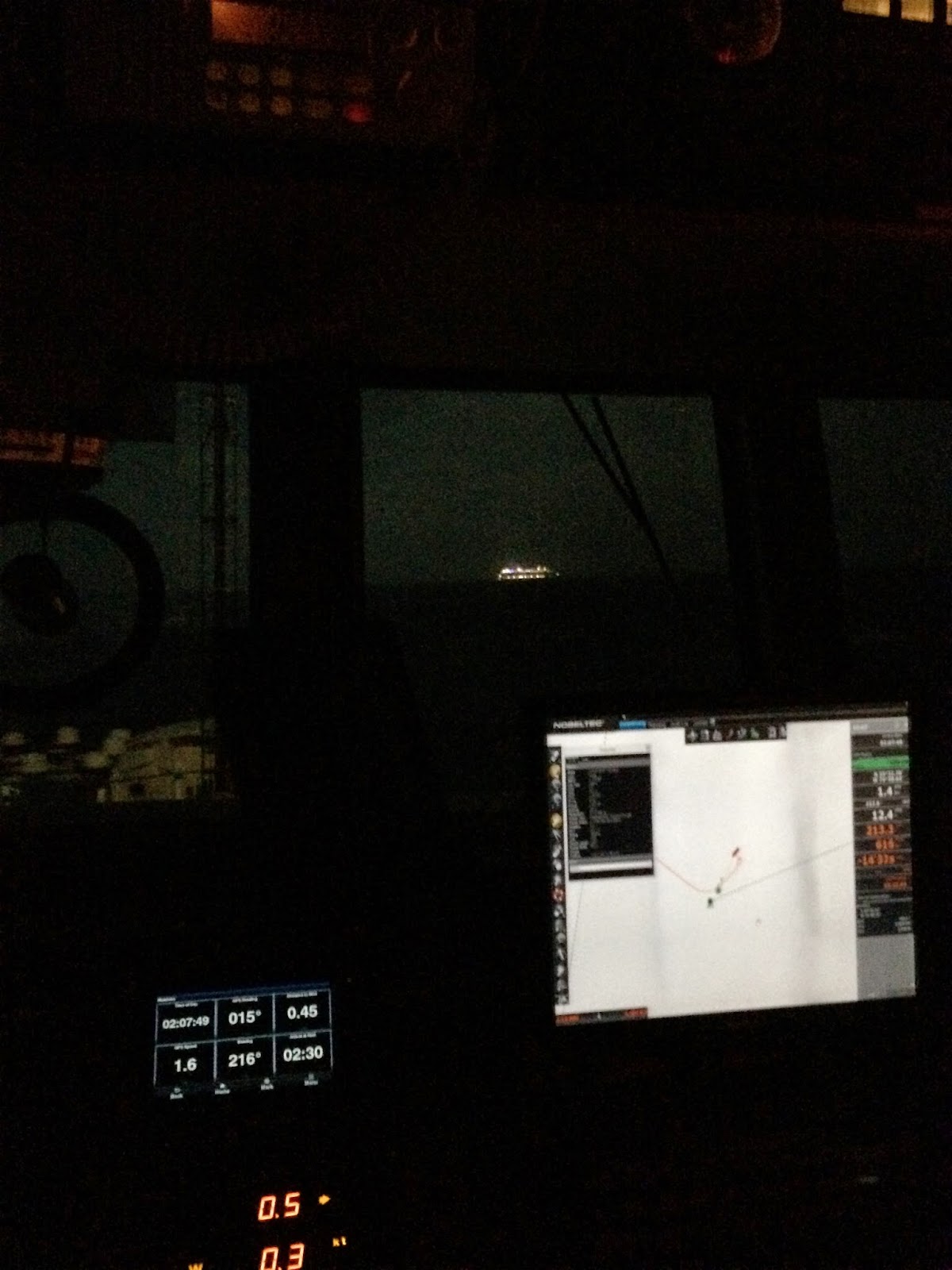 This picture was take from the bridge of the Endeavor. It is the Quantum of the Seas cruise ship at ~0300 during an OBS retrieval. 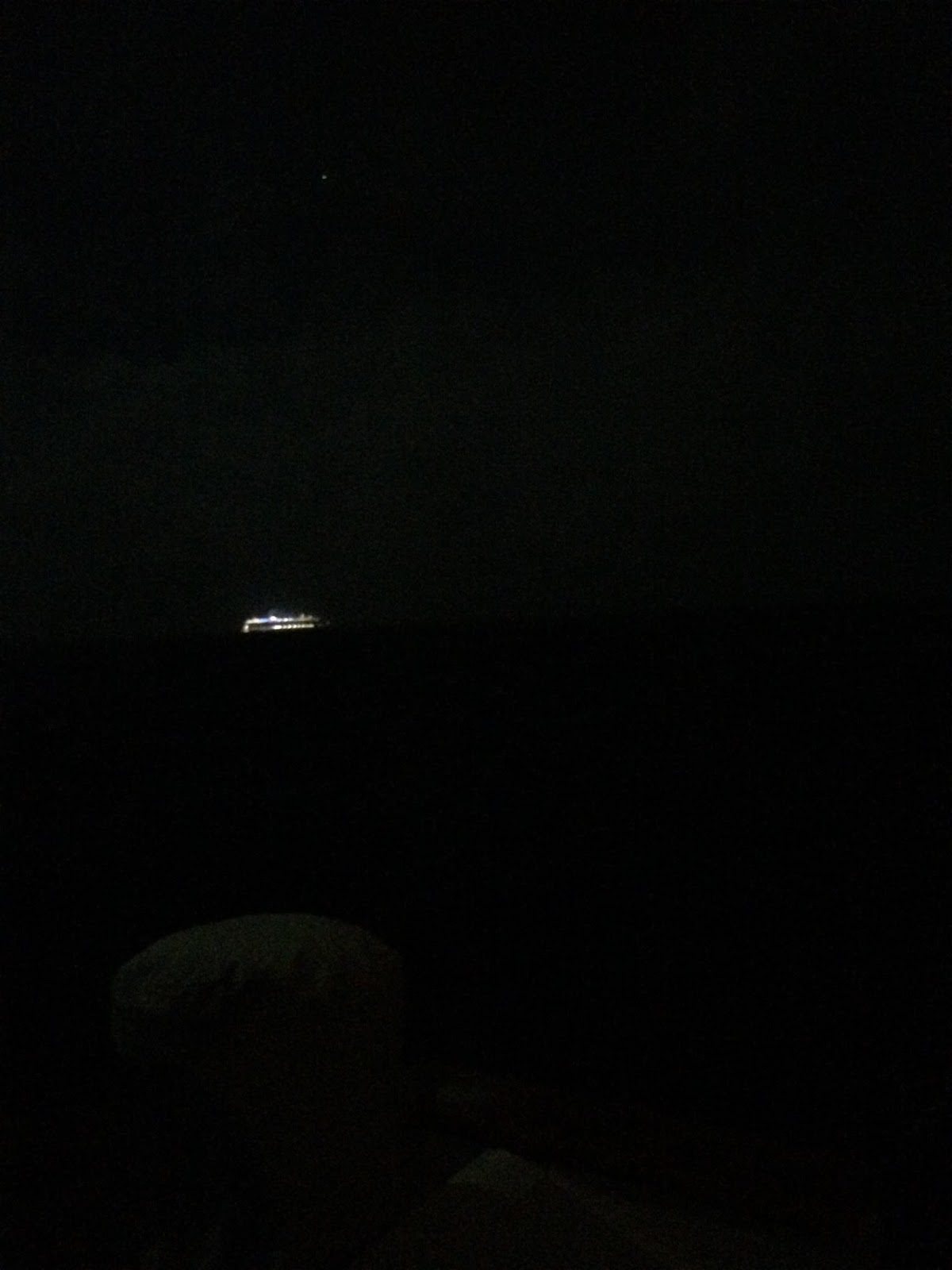 This picture is ~2 miles away from the Quantum of the Sea cruise ship and is as close as the Endeavor can legally pass another large ocean vessel under maritime law. The bright celestial object overhead is Jupiter. 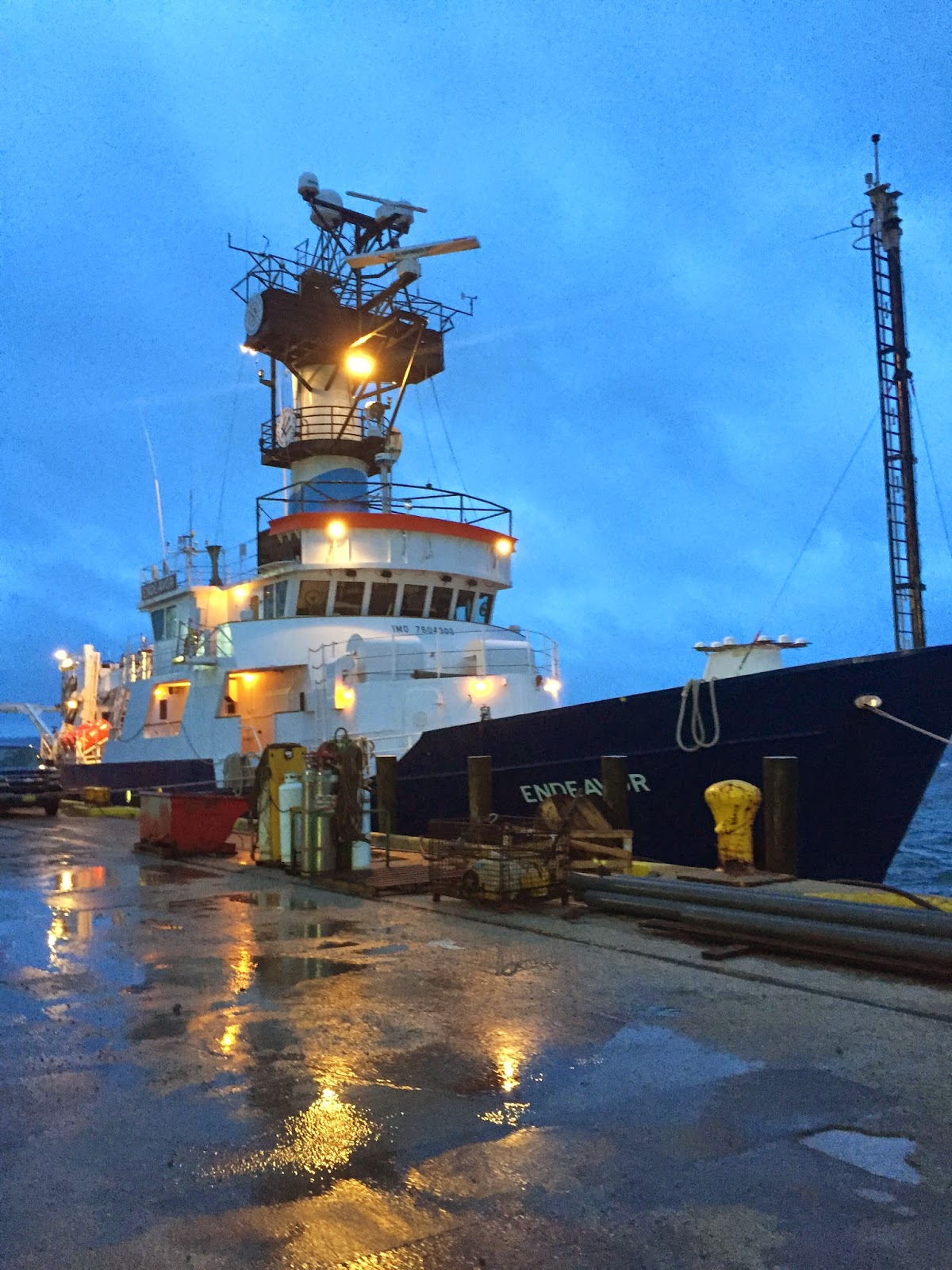 This photo shows the Endeavor docked at port just before we embarked on this high seas adventure. The first evening we went to a chinese restaurant called 7 moons. By the time we arrived back at the shipyard the gate had been pulled shut and appeared to be locked and was topped with plenty of barbed wire. After some deep thought our highly intelligent group realized that it was pulled closed and all we had to do was roll it open haha. There is a geophysicists joke embedded in that experience. This is the WHOI crew carefully bringing the OBS back onto the ship. Hard hats and life preservers are required when on deck during retrieval operations. The OBS in this photo is hanging down beneath the orange apparatus. 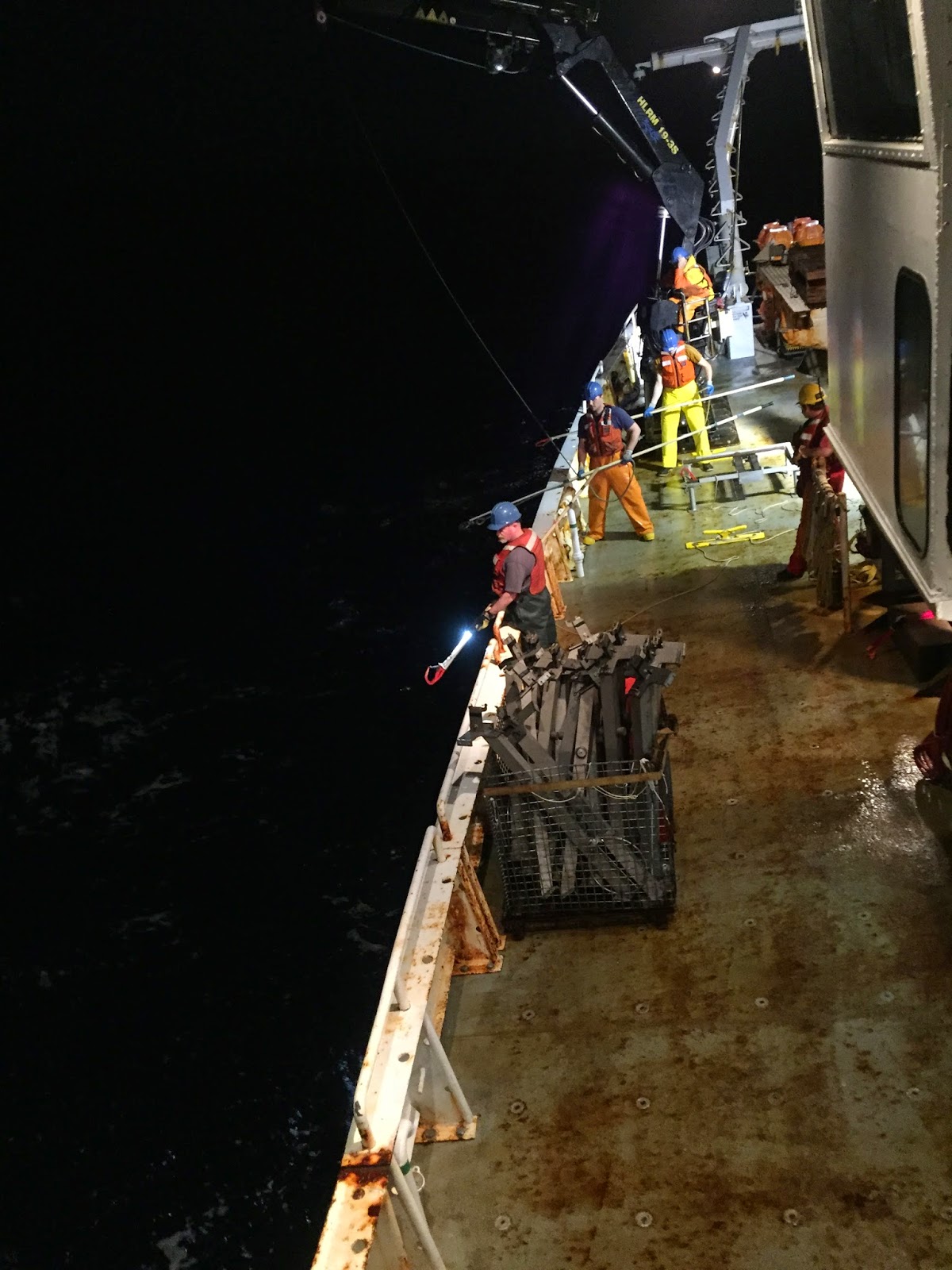 As the Endeavor aligns itself with the OBS in the ocean currents at night the WHOI crew get in position to capture the Ocean Bottom Seismometer. 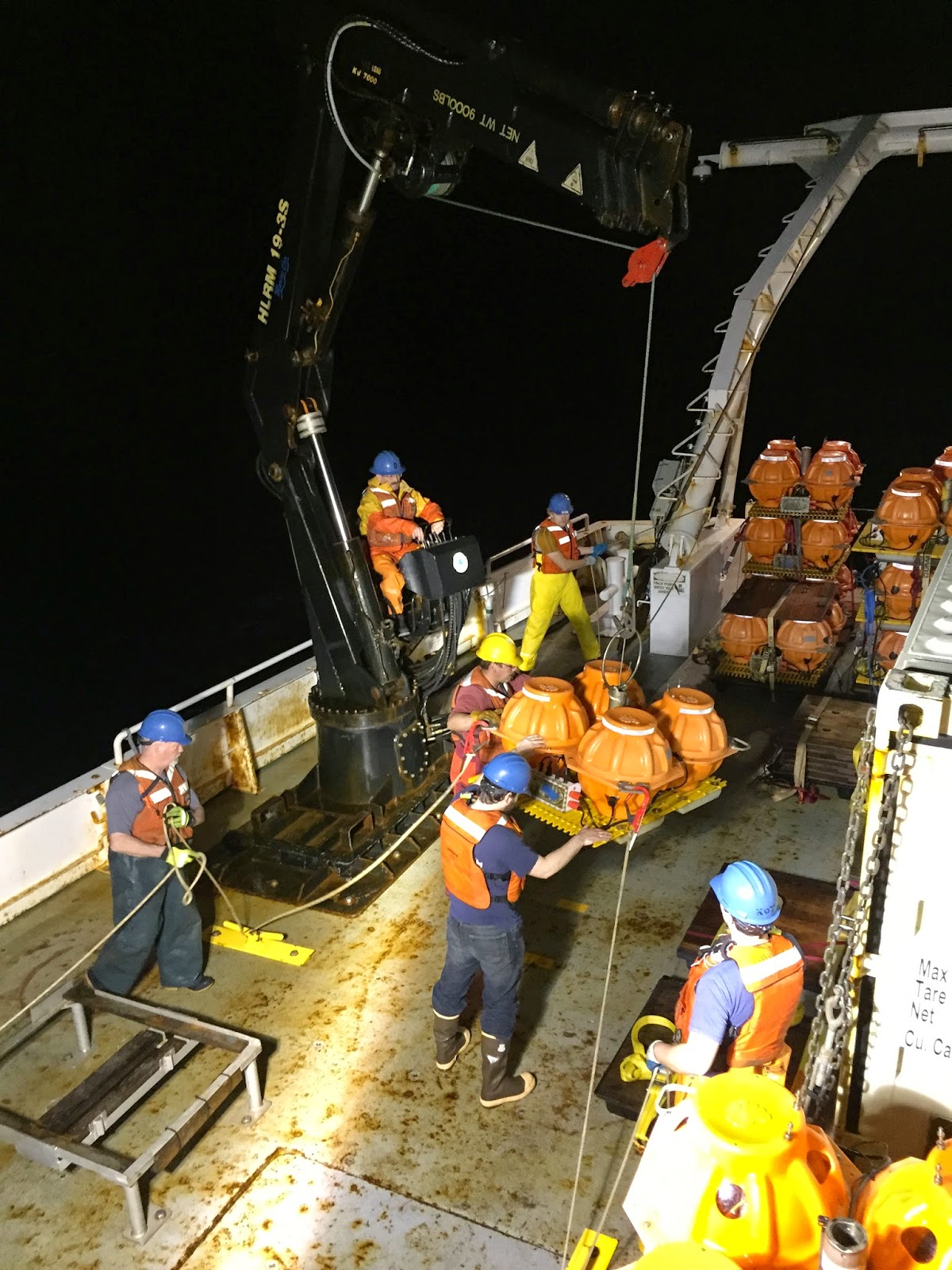 After a successful OBS capture the WHOI crew quickly disassembles the OBS and prepares it to be stacked with the other equipment that is strongly secured to the surface of the deck. 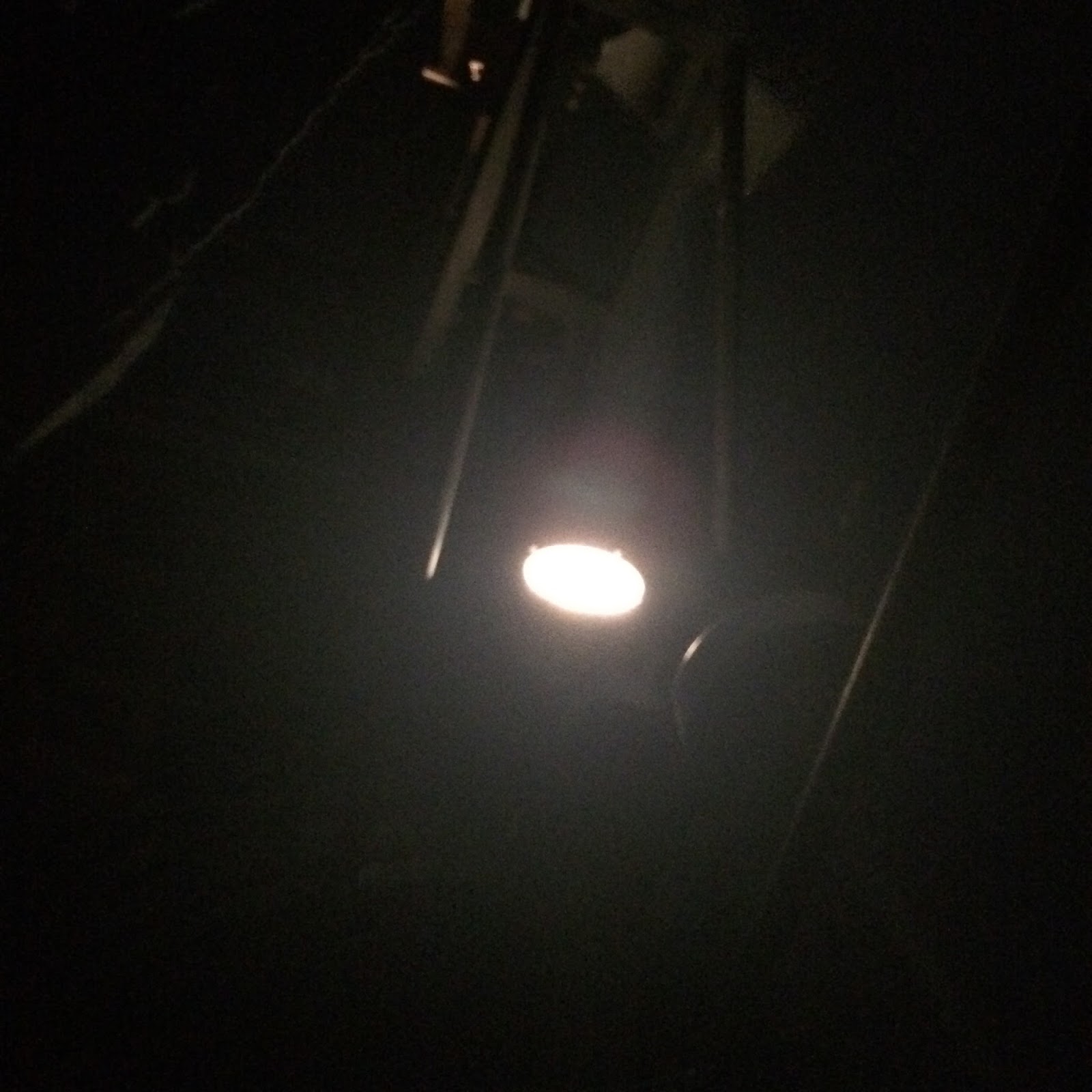 This shows the spotlight at night. It is used to help orient the ship alongside the OBS in the pitch black darkness of the night at sea. We have also thankfully had the full moon over the last few days to assist us in finding the OBS once it pops up to the surface. 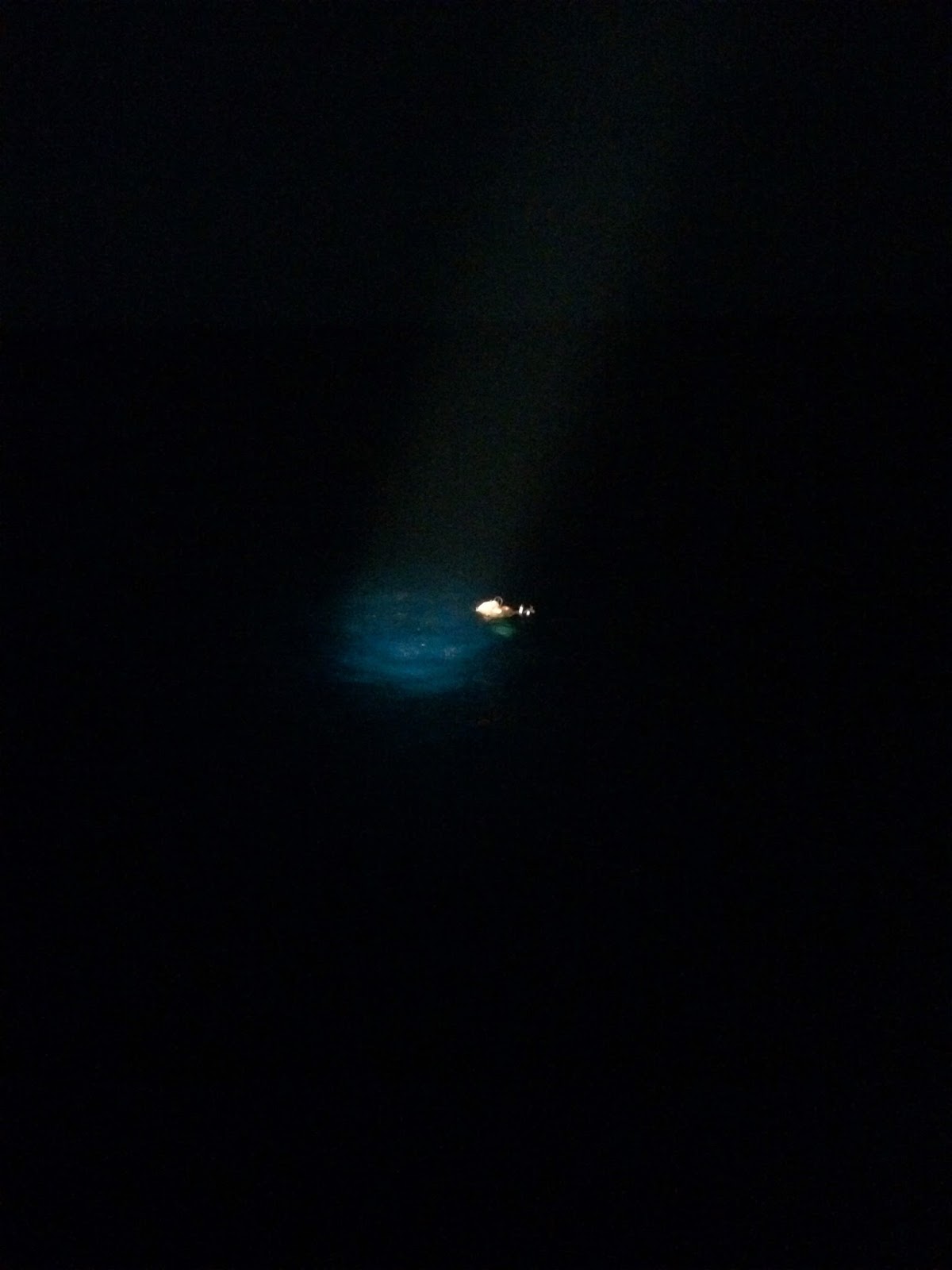 This lovely burry image is the spot light as it tracks the OBS. The spotlight is extremely useful once the OBS is within several ship lengths of distance. 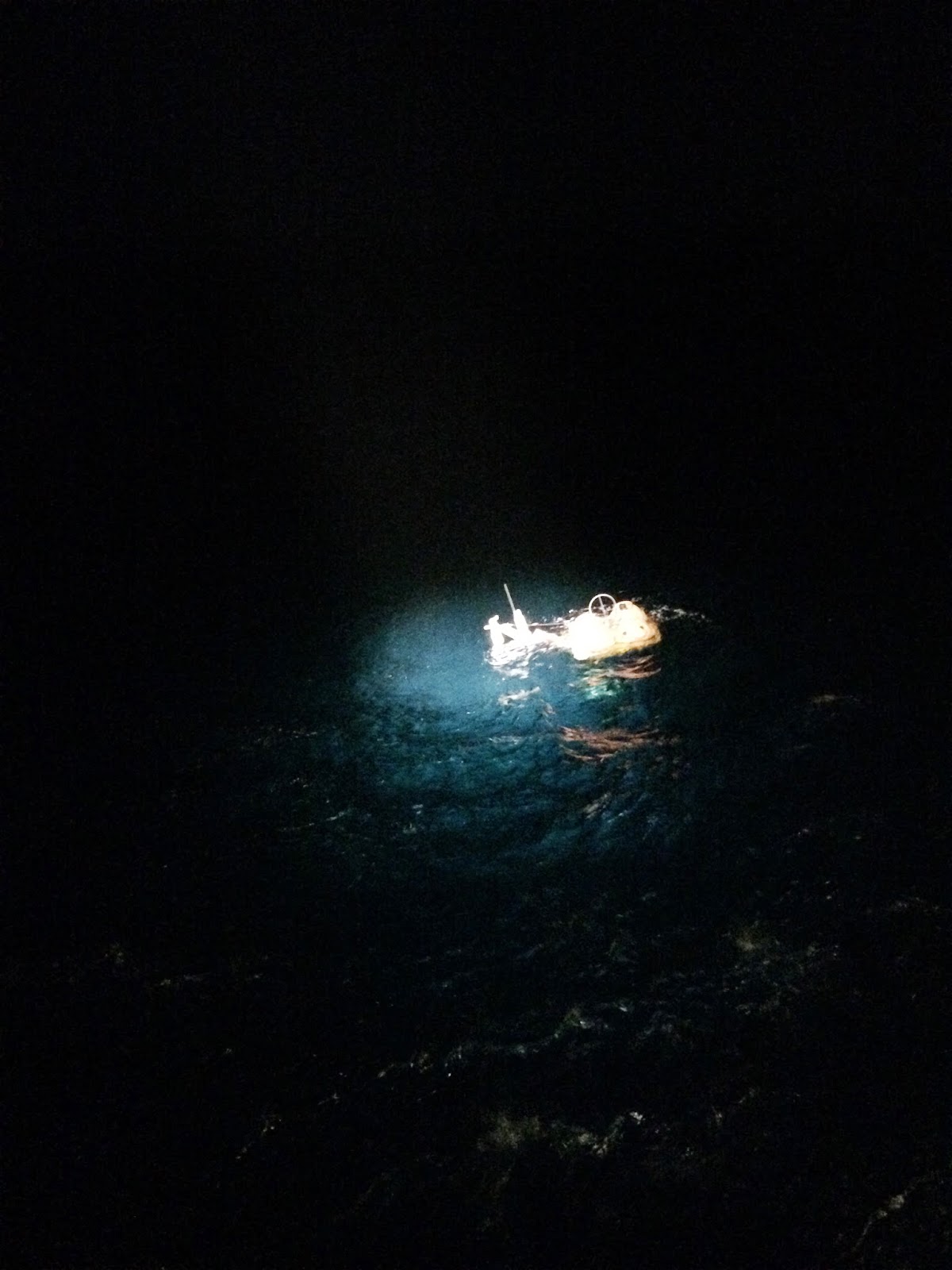 The OBS is starting to get closer now.... 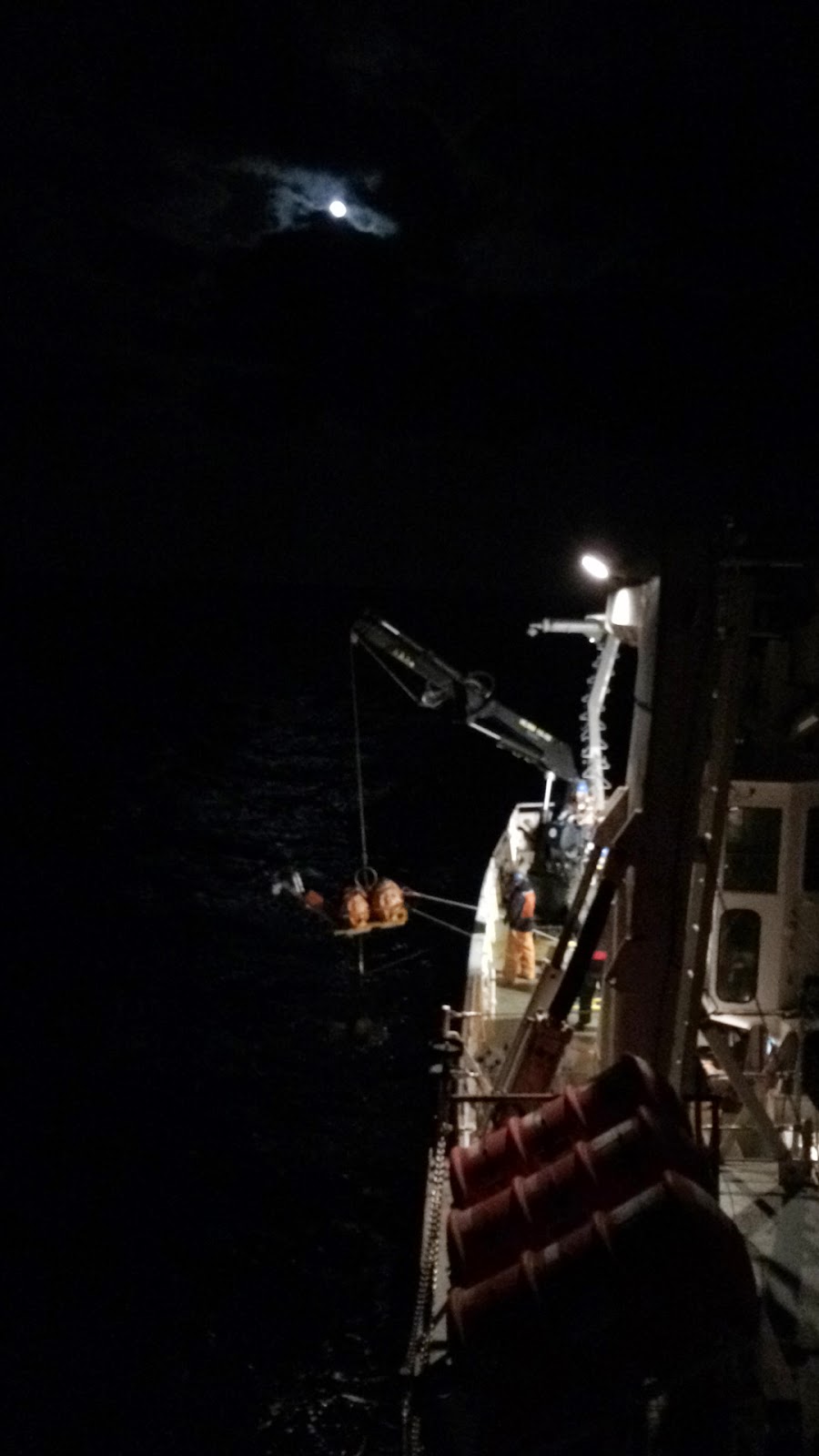 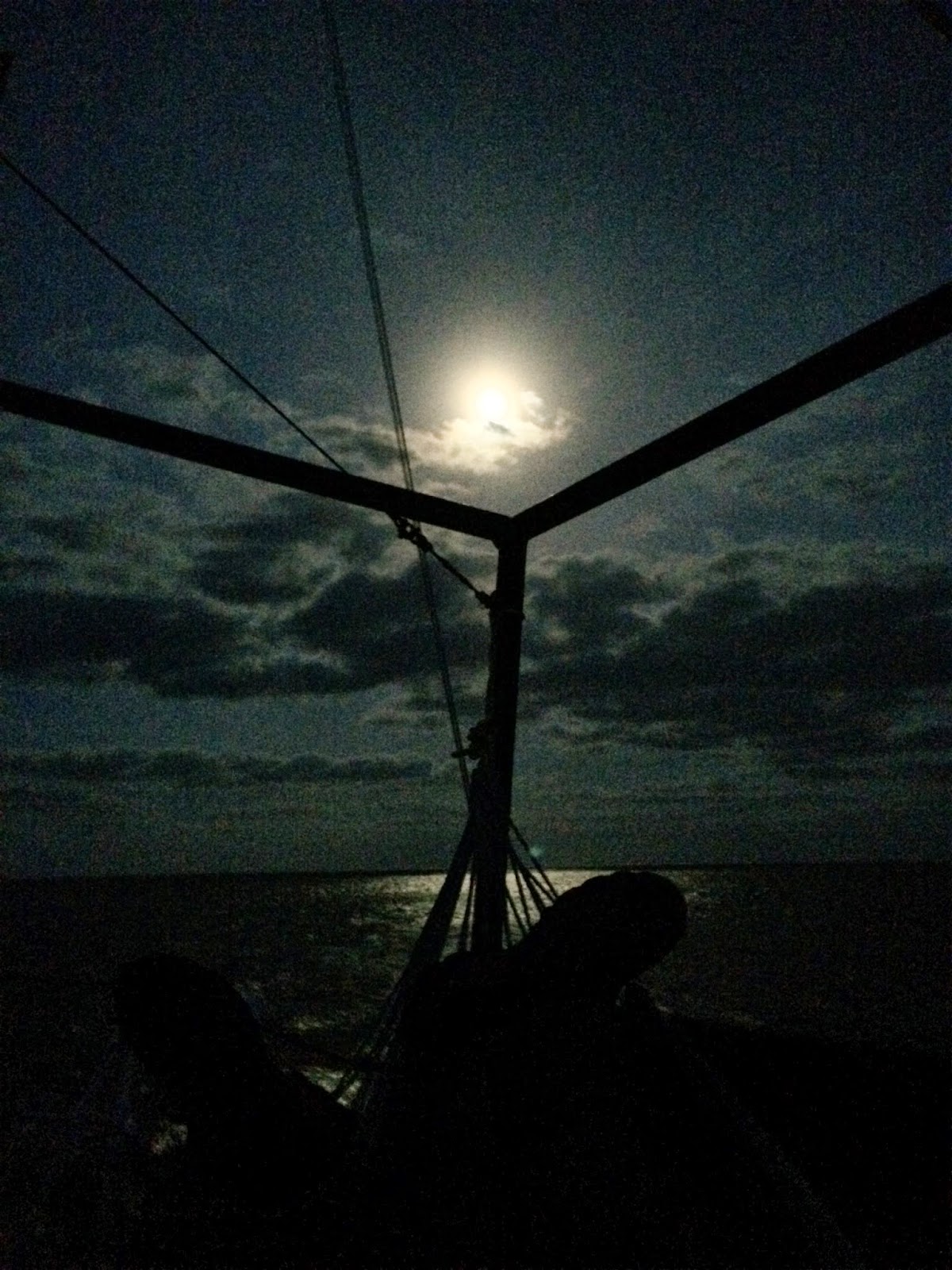 Hammock in the middle of the night! 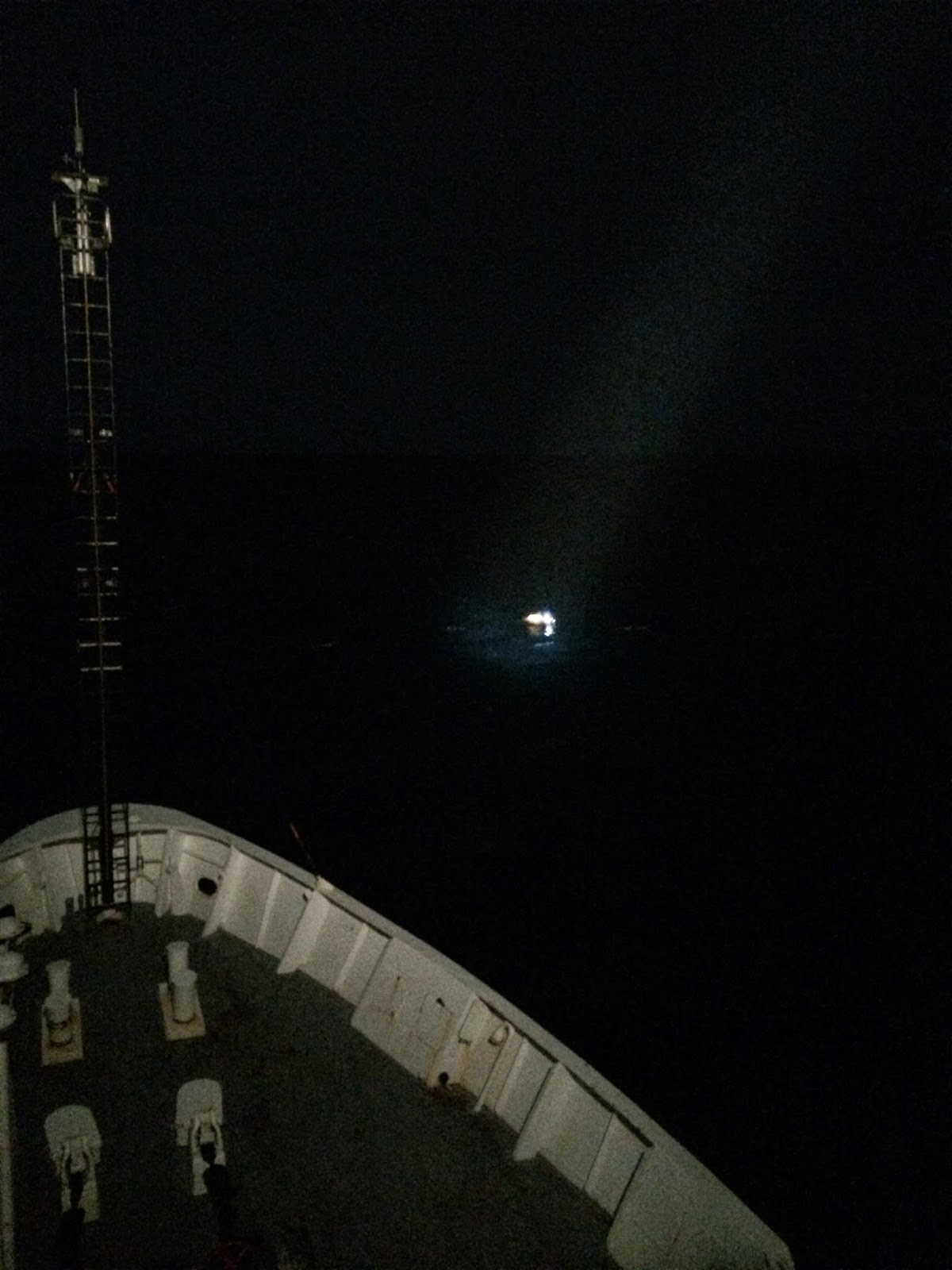 You can really get a good feel for spotting the OBS at night in this picture. It is obviously a ship length or two off the starboard bow.