What are we up to

For those of you following at home, it might be a bit confusing on which ship is doing what and where. I've made a little cartoon timeline that will hopefully illuminate our progress so far.
There are two ships currently in the Atlantic: the OBS deploying R/V Endeavor and the seismic shooting R/V Langseth. The R/V Endeavor has been putting OBS down and picking them back up again on lines 2, 3, and 4 while the R/V Langseth has shot seismic along line 2 and 3, and is going to head over to shoot on line 4 soon. 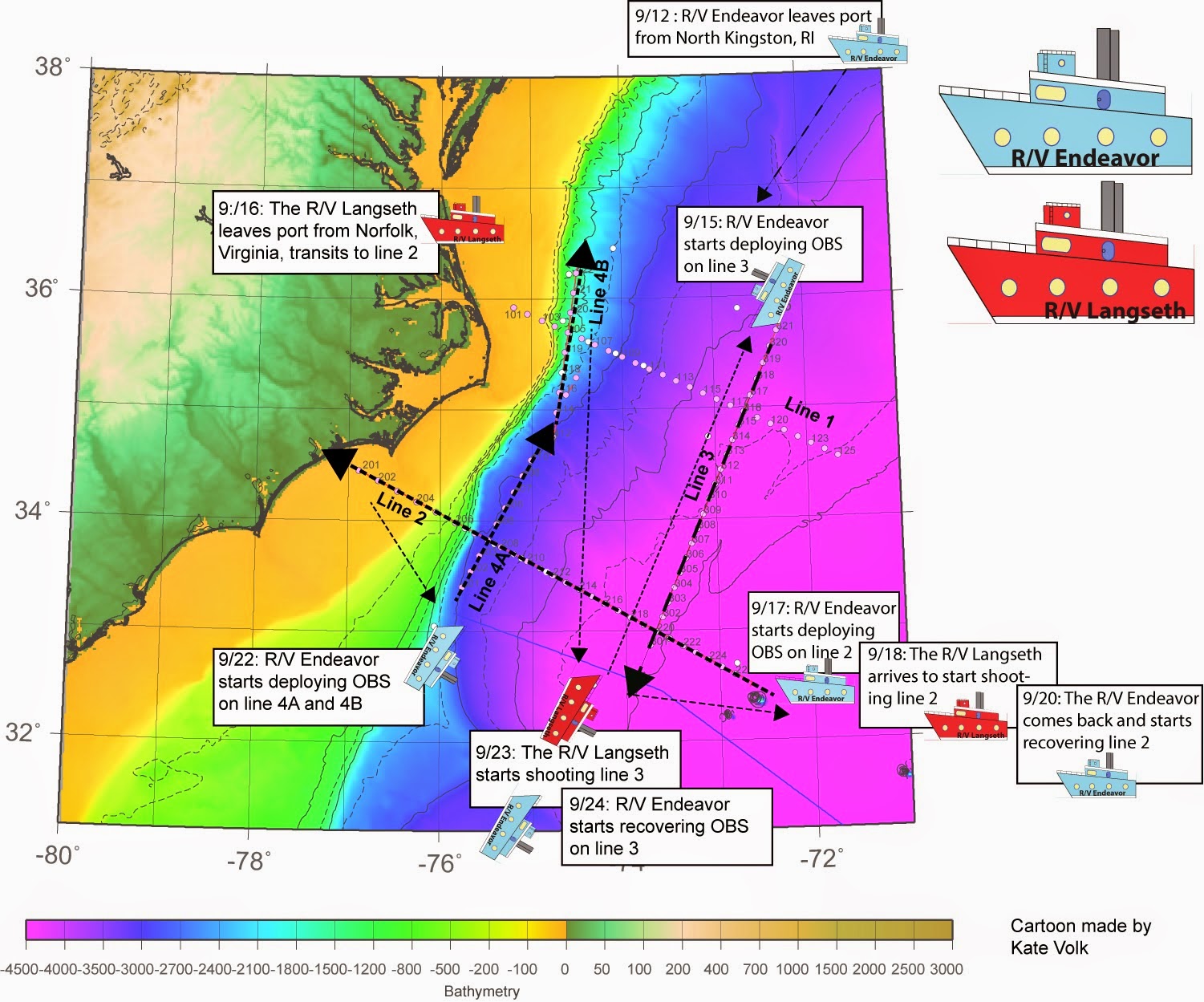 Kate Volk aboard the R/V Endeavor
Posted by enam_seismic at 1:09 PM